What is Cash Out Betting

Cash Out is an online sportsbook feature that allows you to get money back on a wager that has yet to complete. Cash Out is used in live betting once an event has begun or a parlay bet is underway. Either lock in a profit or limit losses by closing the bet before all events have completed.

Win Your Bet Even When It Loses

Best Sportsbooks for Cash Out Betting

Cash-out is a new concept to sports betting in the US. Bet365 in New Jersey has introduced the system which is one of the most popular features on betting sites across Europe. Not all sportsbooks have introduced the option of cash out yet, but you can find details of which do within your state by hitting the state tabs above

Select Your State Above

Choose the state you wish to bet in to see which sportsbooks offer the cash-out feature for your sports wagers.

How Does Cash Out Work?

Cash-out has become very popular in recent years and is a sportsbook feature that allows you to settle your bet at any given time before the event or events finish for a set payout.

That amount varies depending on how likely your bet is to be successful.

Cashing out on Football Parlays

It is most commonly associated with football or basketball parlays with punters cashing out of bets either late on in matches or when several matches are already successful and there is one match remaining on the bet .

How Does Partial Cash Out Work?

Partial cash out gives you more control over your cash out.

With full cash out the decision is solely whether or not to completely settle your bet there and then.

After a winner, you may be able to remove your original stake

With partial cash out you can cash out any percentage of your bet and leave the rest to run.

For example, you might decide you are willing to give up some of your winnings in order to ensure you don't lose your original stake amount, leaving the rest of your bet to ride as normal.

This spreads out the risk/reward of cashing out.

When Should You Avoid Cashing Out?

Cash-out is heavily pushed by sportsbooks with good reason - the odds heavily favor them.

Understand the value of the cash-out option

The really important factor is the value perspective of cash out. In exchange for having the option to easily take a sum for an unsettled bet, you lose out on a lot of value. 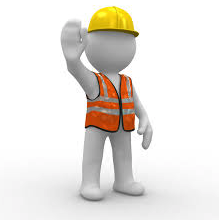 If you cashed out at the true odds your return would be that running on total of $200.

However, the cash-out option will offer you much less than the true value of your bet so far and is actually more likely to be around $100 in this example.

How about a Dutching Alternative?

A slightly more complicated alternative to laying the remaining selection is to 'dutch' all the other outcomes in the event (read more about dutching here).

This is relatively straightforward if you have backed a team to win a match as there are only two other outcomes (the draw and the loss) but much more complicated if you've backed a horse to win a 20 runner race.

When Should I Cash Out?

As cash out through the sportsbooks offers a convenient but poor value method of ending your bet early it should only be used if you want to 'cash out' but can't do so at better value through dutching the other outcomes.

Cash out is usually used on parlays and a lot of punters include many teams in their wagers with potential returns often in the thousands or tens of thousands.

A lot of punters don't have the money sitting around to dutch their bet or cover all the other outcomes so they can only use the cash out function or let the bet ride.

There is a classic case of when NOT to cash out from the 2015/16 soccer season in England, where many bettors made the wrong decision

Stories of punters cashing out for huge amounts towards the end of the season often hit the headlines and in many cases, those punters who stood to win in the region of £50,000 would have won a lot more by laying their bet off on Betfair.

However, they would have needed to have tied up around £10,000 to £15,000 on the exchange for a few months and not many had that option so had to accept the cash-out amount.

It might also be impossible to lay/dutch your way out of a bet if several selections are all in play at the same time.

If you've placed a 5 team parlay on teams that all play at the same time, all the games are going to end at pretty much the same time, you've only 2 options. Cash-out or let it ride.

The most important consideration when deciding whether or not to cash out is to remember that you are effectively backing your bet NOT to win.

Did Your Bottle go?

Or has your confidence changed in your original bet. Or, are you happy with locking in any profit regardless of the result?

Cash Out Can Test Your Bottle

To cash out or not cash out. If your bottle goes and you want to lock in a profit you can, but will you end up cashing out on a winning bet and getting less in return?

That's the same bet you originally backed to win.

And you are most likely backing the bet not to win at worse value than when you backed it. If you are still confident about your bet winning it doesn't make sense to cash out.

If you no longer think the selection will win, perhaps due to some important team news or a going change at a racecourse, then cashing out/laying off is a good option to consider.

OLBG Members thoughts on Cash Out

One great thing about the OLBG community is the wealth of betting experience our members can bring to the site and share for each other's benefit.

As you can imagine, Cash Out has been a huge debating point since its introduction, and here I what some members had to say about it.

Positive Comments on Cash Out

If you are happy with making a profit as I am, then I am more likely to cash out rather than try and bleed the last drop of blood out of it. I am happy with a profit, I am unhappy with a loss, big or small.

I use it and I like that you can do it in play (on bet365 anyway). For sure the bookies make a margin but I don't care about that. Circumstances change so I may not always agree with my initial bet.

I think it's a handy thing to have. Simply speaking I have had 3 x payouts over 100 bucks and all acca bets have lost.

Negative Comments on Cash Out

Not all feelings about cash out are positive. To balance this section, here are some member thoughts who are not so keen on the function.

Normally when I look at a cash out on one of my bets, the return that they are offering you is so much lower than what you would get by hedging. I'd say 10-15%. I just feel like it's another way for the sportsbooks to make money, in a big way

With betting everything is based on value for me and I rarely find that cash out is the value call.

Think about what sportsbooks like to advertise. They want to push things that make them the most money. They offer incentives for punters who place parlays because that is what they make the most money from.

You can continue the discussion on whether or not cash out is a good thing and under what circumstances you should consider it on the OLBG forum.

By using this site you confirm you are 18+ and consent to our use of cookies and processing of personal data as set out in our Privacy Policy
Got it!
OLBG
Download OLBG iPhoneAndroid App