A new set-up for this season. No longer on a Friday night, hopefully nobody will forget it this season.
First fixture will be Saturday 7th May.
All 32 entrants from the Greyhound League are entered into the Cup (may mean a few byes due to defections)
The 32 entrants will be split into 4 seeded groups.

The teams will be randomly selected, one from each pot, to create 8 groups of 4 teams. These 4 teams will play each other once and the top 2 in each league will progress into the Knockout Stage. This way we are all guaranteed at least 3 more fixtures.
The Knockout Stage fixtures will be randomly selected for your positions in the Fixture grid. From then on you will see who your likely opponents could be. 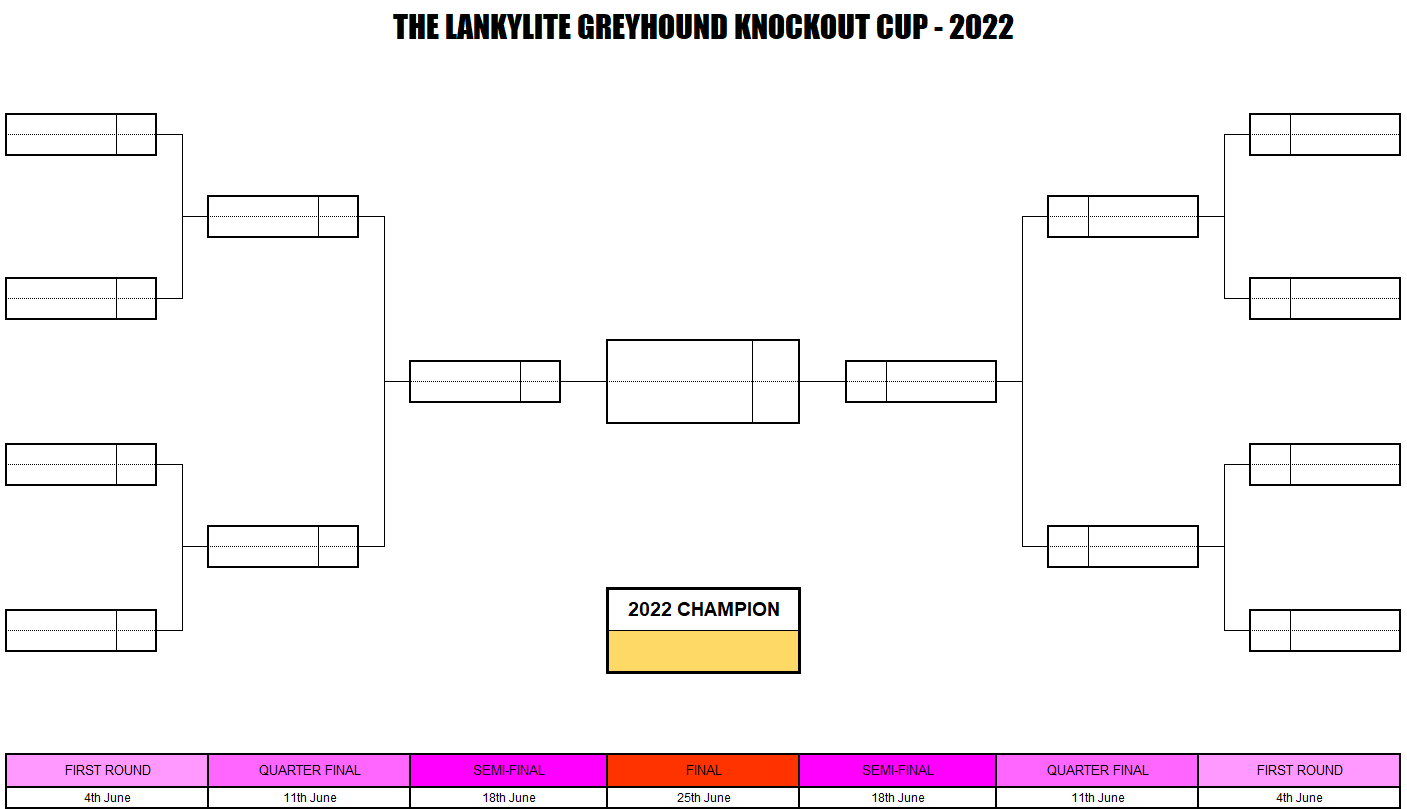 Return to “Other Challenges”